When Karl Friedrich Stellbrink is born in 1894, the young German Empire is in its heyday. “Fritz” grows up as a middle child among several sisters in a protestant lower-middle-class family home in Detmold. The boy is artistically and musically talented, however, not a good student. His parents send him to a boarding school. In the protestant Johannesstift in Berlin-Spandau prevails a spirit typical of the time: Military exercises and war games are part of the students’ everyday life.

Karl Friedrich wanted to attend an art academy after finishing school. Instead, his father plans to have him trained as a preacher overseas, which he begins in 1913 at the Diaspora Institute in Soest. At this time, increased national pride, economic growth and colonisation lead to German fantasies of great power, to which father and son Stellbrink also subscribe.

With the outbreak of war in August 1914, the seminar closes and the students are discharged into war voluntary service. In 1917 Karl Friedrich Stellbrink is awarded the Iron Cross 2nd class after a serious injury to his left hand and is discharged from military service. The injury will handicap him for the rest of his life — especially with his beloved piano playing. Until the end of the war in 1919, he works for various welfare institutions in Berlin and finishes his Abitur. Afterwards, he resumes training to become a preacher overseas.

Seriously disappointed by the outcome of the lost war, Stellbrink joins various ultra-right-wing associations. These include the authoritarian German National Youth Federation, founded in 1919, and the All-German Association. 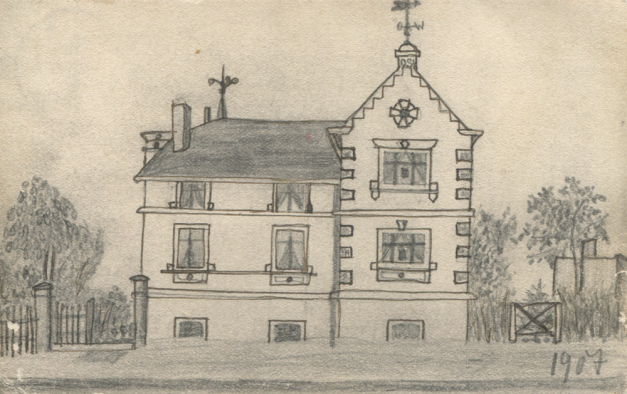 Karl Friedrich with his sisters lrmgard (1897-1944) and Helene (1992-1972) around 1900. people wearing uniforms were highly respected in those days, the sailor suit was a popular garment for boys. 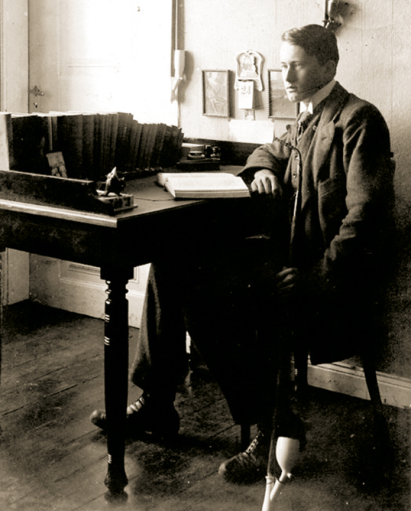 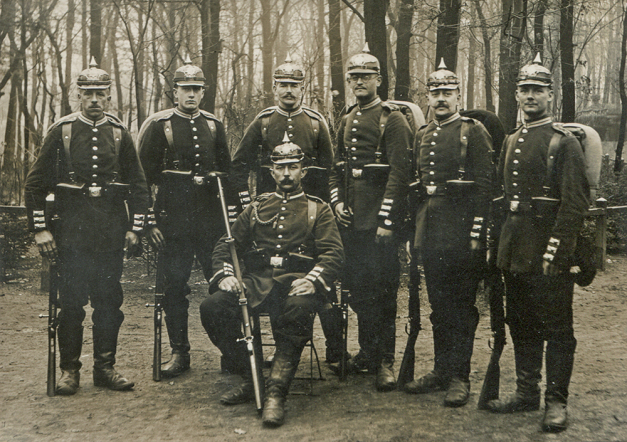 As a 20-year-old soldier, Karl Friedrich (2nd before I) leaves for the First World War. 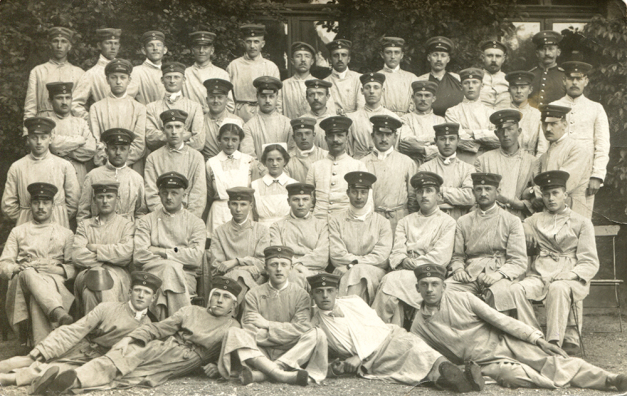