When pastor Reinhard Hoyer leaves the church, Ulrich Burgstaller becomes his successor. In 1926 the pastor moves into the newly built second parsonage at Moislinger Allee 66b together with his wife and four daughters. Already in the 1920s, Burgstaller was a committed National Socialist and member of the German Church Federation.

The German Church Federation was founded in 1921 and is considered the predecessor organisation of the German Christians founded by National Socialists in 1933. It strives to purge the church of all Jewish influences and rejects the Old Testament as “alien”. The aim is to create a unified German national church.

In 1932 Burgstaller joins the Bürgerschaft of Lübeck for the NSDAP. After the National Socialist takeover in the Lübeck Senate, he is appointed Senator for School and Culture by Reich Governor Hildebrandt in May 1933.

Shortly after the takeover, the National Socialists restructure the Lübeck church leadership.
In 1934, the only 33-year-old pastor and active National Socialist Erwin Balzer becomes Bishop of the Lutheran regional church in Lübeck. In the following years, the church leadership exerts repression against pastors who belong to the Confessing Church and occupies vacant pastoral positions with such men who are close to the German Christians. 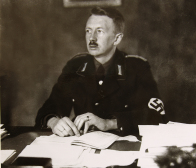 Ulrich Burgstaller was Lübeck Senator for School and Theatre 1933-1935. In 1934 he fell ill with pulmonary tuberculosis. At this time first differences with the superior Gauleiter Hildebrandt arose. Apparently, Burgstaller considered resigning from the senate and applied for a parish office in Thuringia. He died in 1935. 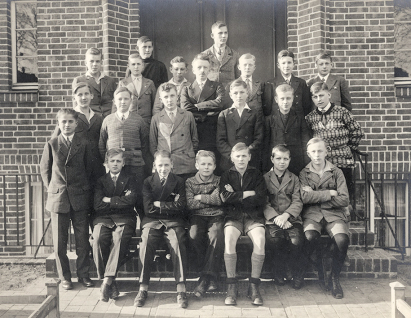 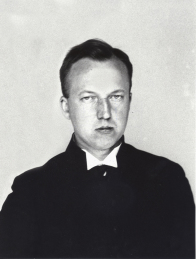 Bishop Erwin Balzer was a National Socialist and a member of the German Christians. 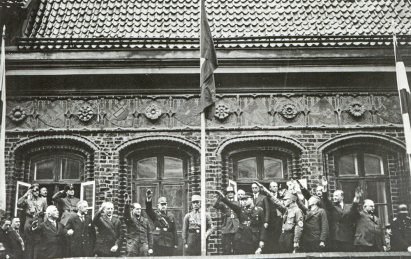 After the National Socialists came to power: The Lübeck Senate on the balcony of the town hall