Foundation of the Luther congregation 1914

Due to industrialisation in the second half of the 19th century, Lübeck grows beyond the borders of the historic centre. Around 1900, the St. Lorenz district has a population of approximately 20 000. Since long ago the church has become too small for the many people there. Two daughter churches are founded: St. Matthäi and Luther.

In 1914, the church hall and parsonage of the Luther congregation are built in the suburb of St. Lorenz South on Moislinger Allee 96. The young congregation initially consists of 4300 members. Most of them are craftsmen, petty traders, employees, and workers — among them many railway workers.

In 1914, the parish council of the Luther congregation consists of men who are merchants, administrative officials, master craftsmen or teachers.

The founding of the church is overshadowed by the First World War. The events of the war are addressed in various ways in church services and at church evenings. The first pastor Wilhelm Mildenstein has a strong influence through his patriotic and nationalistic attitude. He is committed to the revival of Low German in church and society and writes poems in his “Modersprak”. 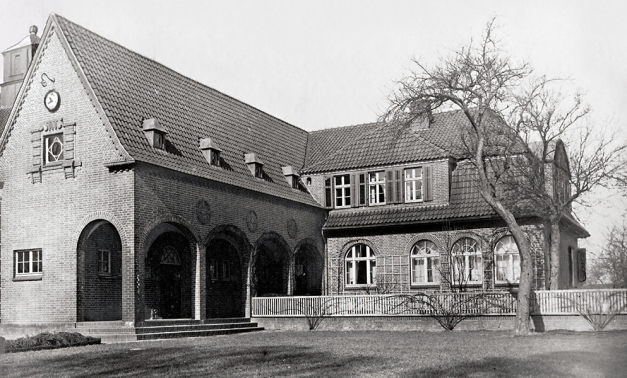 Community hall and parsonage after completion. The clock was on loan from the first Lübeck station building in front of the Holsten Gate. 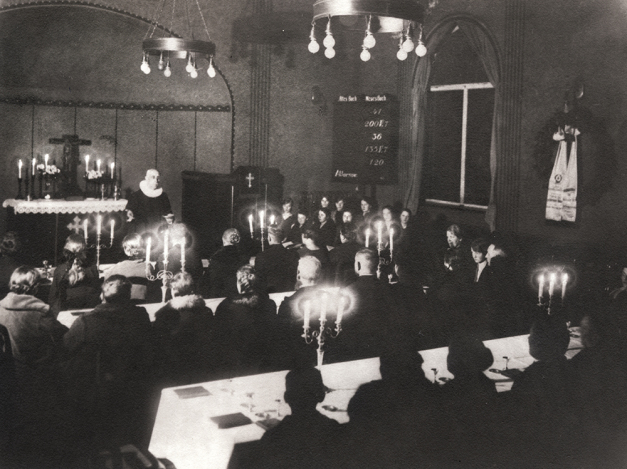 Communal dinner after the service in the congregation hall with pastor Mildenstein, before 1922