In his Thuringian pastoral position, Karl Friedrich Stellbrink does not find the political support
he has wished for. Thus, he applies for the position of the deceased pastor Mildenstein in the Luther congregation, which he is able to take up in June 1934. There he sees the chance to work
in “like-minded circles”.

“When we fight for our nationhood, we fulfill God’s will,” he preaches in the fall of 1934 in the
St. Mary’s Church at the festival of the German School. As editor of the magazine “Die Deutsch–kirche” he demands the “continuation of Luther’s struggle for liberation”: “We must continue and complete his reformation and build a German national church completely cleansed of the Roman and Jewish spirit”.

At the same time, Stellbrink is not one to subordinate himself. If he thinks he has recognised something as wrong, it urges him to make it public. Even individual behaviour patterns of the National Socialists challenge his criticism. He writes letters to Nazi functionaries to press for improvements. In the congregation and district, he openly expresses what he thinks.

After repeatedly making critical and lecturing statements, the NSDAP in Lübeck initiates exclusion proceedings against him in 1936/37. In these proceedings, he is accused of political unreliability by community members. Unsuccessfully, he defends himself against exclusion at higher authorities. Already in 1936, he resigns from the German Church Federation.

On 12 August 1936 Stellbrink writes to pastor Andersen about leaving the German Church Federation:

“In order to be a true German, or as we say today with a foreign word 'National Socialist', one must have such a brown fog before one’s eyes!"
Stellbrink deplores the uncritical enthusiasm for National Socialism, stating this is "the worst poisoning of the German mind and soul.” 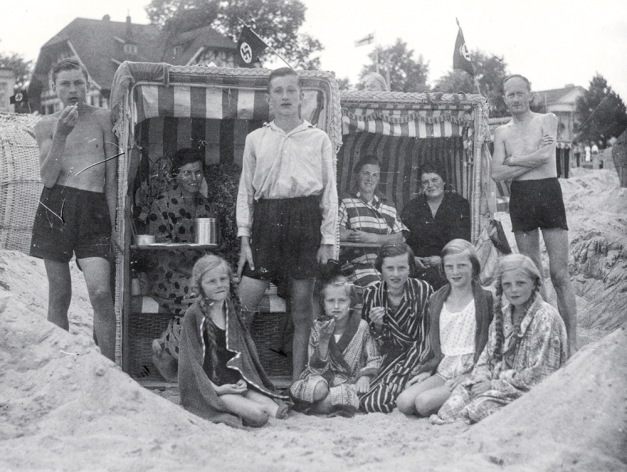 In the summer of 1937 in Travemünde together with Mrs. Burgstaller and her daughters — the swastika flag is still flying on the strandkorb. 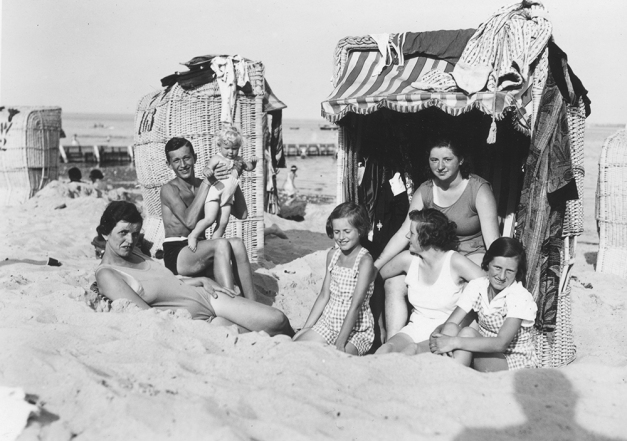 Hildegard Stellbrink with her children as well as the maid and friends on the beach in 1938 — a swastika flag is no longer visible.