After the National Socialists came to power in 1933 Stellbrink sees great tasks for the youth in the “Third Reich”.

He hopes that a new spirit of discipline, order, and community will return to the youth. In his confirmation classes, he swears young people to be loyal to the people and the fatherland.
But soon the pastor realises that service in the Hitler Youth alienates the young people from the church. Some Hitler Youth leaders make disparaging and hostile remarks about the Christian faith.
The sons of the Stellbrink family resign from the Hitler Youth, as their fellowship leader repeatedly expresses hostility towards the church. In addition, service with the Hitler Youth is often incompatible with Sunday church attendance.

After the beginning of the war, the pastor corresponds with young soldiers who have been confirmed by him or his colleague Meyer, and in his letters, he expresses critical views on the war. When in the spring of 1942 the newspaper reports about a future unified “obligation of the youth” in the Hitler Youth, Stellbrink fears that the confirmation will be abolished completely.

“My two brothers became members of the Hitler Youth very early, already in 1934. They were born in 1920 and 1922, so they were of the right age.
In 1936 or 1937 there should be Sunday duty. And that was when they revolted, that is going too far. These conversations were at lunch. I remember that from this moment on my father emphasised: Sunday belongs to the good Lord.
So they left the Hitler Youth...” 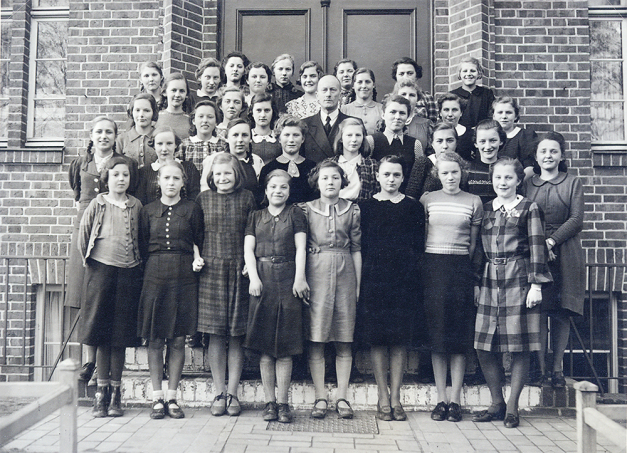 Pastor Stellbrink with confirmands, around 1940 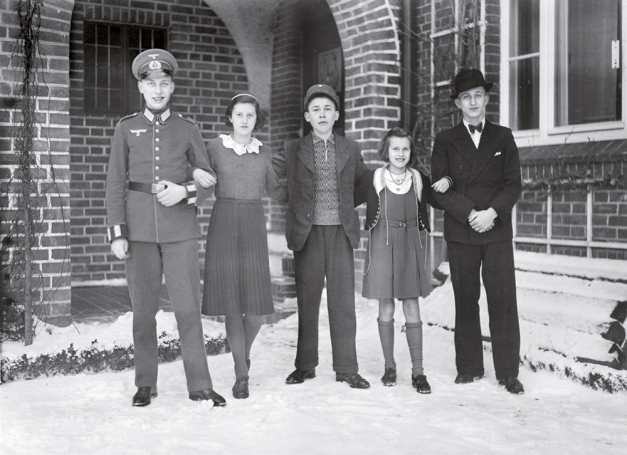 The last picture with all siblings New Year 1940 (from left to right): Ewald, Gisela, Hugo, Waltraut and Gerhard. Ewald was already a soldier and lost his life the same year. This further strengthened Stellbrink in his rejection of the war.