During the first months, the prisoners suffer from visitation and news bans as well as loneliness in solitary confinement. In the winter of 1942/43, hunger and cold also afflict them.

A consolation are the visits of the Catholic housekeeper Johanna Rechtien, who is allowed to bring fresh laundry and sometimes special food to the prison. She utilizes this to smuggle secret messages in and out of the prison. Hidden in bread and laundry, she brings consecrated hosts and wine to the clergy, so that they can secretly celebrate Holy Communion.

After the sentence, they are transferred to Hamburg to the prison at Holstenglacis. The prisoners now have to live with handcuffs. They live through the terrible bombing of the city of Hamburg in mortal fear in their cells — shelters are not intended for them.

Nevertheless: The time of solitary confinement is now over. Prassek and Müller, as well as Lange and Stellbrink, share the cells. Until the end, there is an intensive exchange and a brotherly relationship despite all differences.

The Catholic prison chaplain Bernhard Behnen becomes a strong spiritual support for the men — also for the Protestant pastor Stellbrink. He gives them Holy Communion almost daily. At the same time, the Lutheran prison pastor Erich Eske gives Mrs. Stellbrink intensive support. Their great trust in God makes the clergymen bear their fate and even gives them the strength to write comforting letters to relatives and friends. 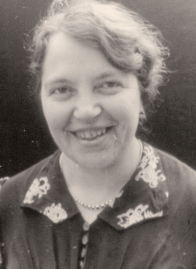 Johanna Rechtien, the housekeeper in the Catholic presbytery 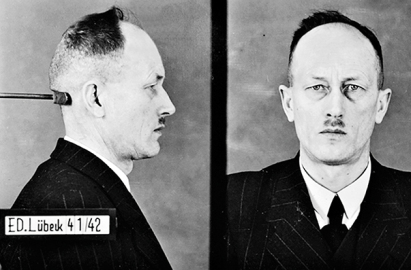 Immediately after his imprisonment in April 1942, the Gestapo took identification photos of pastor Karl Friedrich Stellbrink

This picture by Hermann Lange was taken at the Holstenglacis prison in Hamburg shortly after his conviction.

Photo of Eduard Müller, taken after the conviction