The sermons of the Catholic Bishop of Münster, Clemens von Galen, are among the documents that the four Lübeck clergymen multiply and distribute. On a Sunday in the summer of 1941, the bishop tells of “euthanasia”, the systematic killing of sick and disabled people by the National Socialists, to whom these people were considered “unworthy of life”. He accuses: “Poor people, sick people, unproductive people - I do not mind! But do they thereby forfeit the right to life? Do you, do I only have the right to live as long as we are productive, as long as we are recognised as productive by others?”

For Karl Friedrich Stellbrink “euthanasia” has not only a political, but also a family-related meaning. The life of his sister lrmgard, who lives in an institution for the mentally ill, is threatened.

The Nazi rulers would have liked to arrest von Galen. But they are afraid that this would make the bishop, who is highly respected in the Catholic Münsterland, a martyr. Meanwhile, courageous people, like the Lübeck clergy, are multiplying the sermons and distributing them in secret. The disapproval of “euthanasia” among the population causes the Nazis to stop the systematic killing of sick and disabled people for the time being. 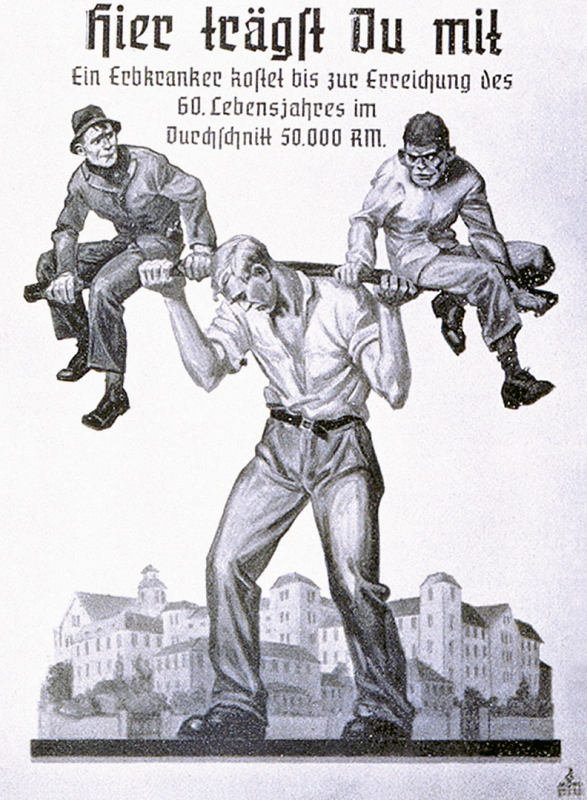 Here you have to contribute too – A person with a hereditary disease costs an average of 50,000 RM until the age of 60.

This exhibition poster of the Reichsnährstand was printed in schoolbooks as well.