In the 1970s, things become a little quieter in Lübeck around the four Lübeck clergymen. Especially in the Luther congregation, pastor Stellbrink is not an issue. On the 50th anniversary of his death in 1983, however, there are extensive press reports and an exhibition in the cathedral. Laymen, who were incarcerated with him, contemporary witnesses and interested people from the Catholic parishes of Lübeck work together to preserve the memory. In 1983 they found the “Working Group 10 November”.

Soon Protestants also join the working group: The daughter of Karl Friedrich Stellbrink, Waltraut Kienitz, pastor Isabella Spolovjnak-Pridat from the Luther congregation and pastor Jürgen Reuß from the cathedral congregation. The shared ecumenical remembrance becomes a central concern: In 1988, for example, Cathedral pastor Reuß became the first Protestant cleric to preach in a Catholic martyr service. In 1993, the large exhibition “Extinguish my eyes... Life and Violent Death of the Four Lübeck Clergymen”, which is shown in the Burgkloster in Lübeck, is developed in cooperation with the working group.

Under the direction of Bishop Karl Ludwig Kohlwage, the Evangelical Church of North Elbia initiates the formal rehabilitation of pastor Stellbrink in 1993. Since then, regular memorial services for the Lübeck martyrs have been held in the Luther Church. In 2004, the Archbishop of Hamburg, Dr. Werner Thissen, starts the beatification process for the three chaplains.

On 25 June 2011, the beatification of Johannes Prassek, Hermann Lange and Eduard Müller is celebrated with several thousand people at the parade in Lübeck. The Protestant pastor Karl Friedrich Stellbrink is honourably remembered. A festive service in honour of the four clergymen is celebrated the evening before with Bishop Ulrich in the crowded Luther Church.

In 2012 the Archdiocese of Hamburg establishes the “Lübeck Martyrs’ Foundation”. In 2013 the Sacred Heart Church receives an extension for a new exhibition and memorial “Lübeck Martyrs”. 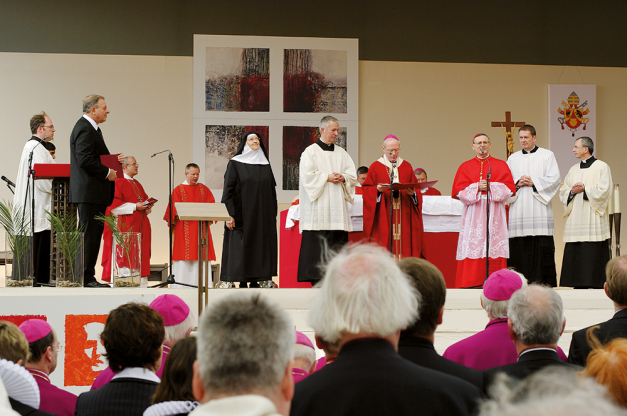 Beatification of the chaplains in the parade, at the microphone Archbishop Thissen (l.) and Cardinal Kasper (r.) 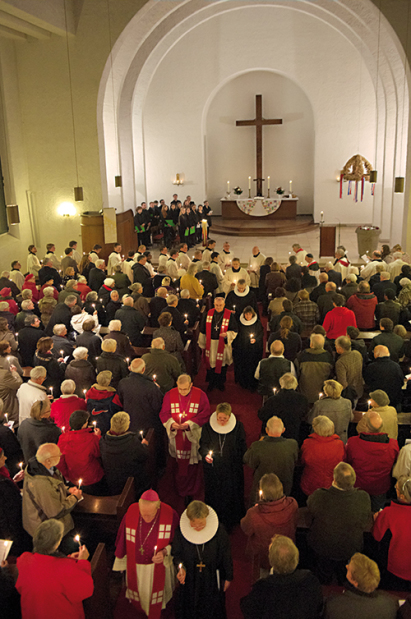 In 2012 an ecumenical service was held in the Luther Church at the hour of death of the Lübeck Martyrs. Catholic and Protestant clergymen are leaving the church: Archbishop Dr. Thissen and Bishop Fehrs, Cathedral Capitular
Dr. Benner and Provost Kallies, Provost Mecklenfeld and pastor Oldendorf, pastor Rose and others.