Due to the time abroad, Stellbrink’s enthusiastic exaggeration of all things German has become even more solidified. He returns to Germany when the Weimar Republic falls apart. The unresolved shame of the lost First World War, national and anti-Semitic tendencies and, most recently, the Great Depression have taken their toll. Many people do not believe in democracy and long for strong leadership.

Karl Friedrich Stellbrink accepts a position as a church pastor in Steinsdorf/Thuringia. There he gives sermons and contributes to the church magazine “Heimatglocken” promoting his anti-republican attitude. He has high hopes for National Socialism because he believes Hitler’s promises to strengthen the Protestant Church in Germany.

Pastor Stellbrink welcomes the consolidation of the National Socialist seizure of power by the Reichstag elections of March 1933 with the words: “And if not everything is deceptive, the good, genuine, old German being wants to bring itself back to the light now.” On 1 May 1933, he joins the NSDAP. But only one year later he resigns from his party offices. He justifies this with a lack of discipline and unity in the Nazi movement.

The Stellbrink family now comprises nine persons: Since Karl Friedrich’s divorced sister lrmgard is mentally ill, the couple Stellbrink takes their sons Hugo and Ewald into the family as foster children in 1930. The parents-in-law Fritz and Adele Dieckmeyer have lived in the household since 1922. 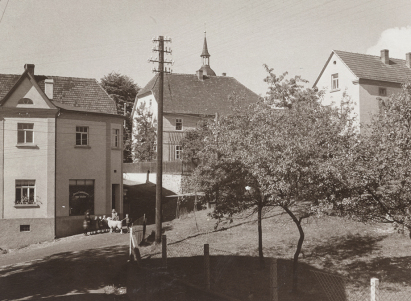 Church and parsonage in Steinsdorf 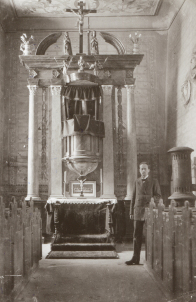 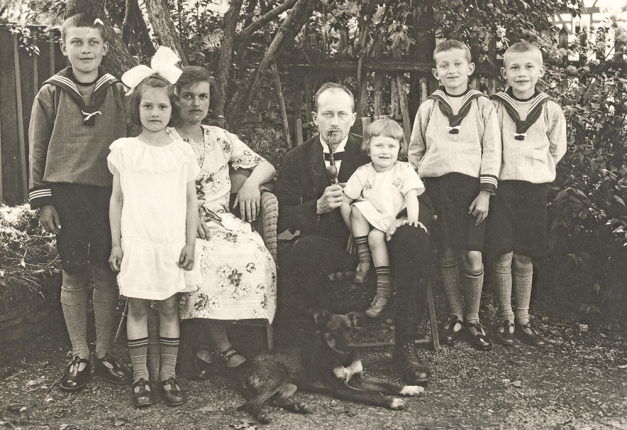 Family Stellbrink in the garden of the parsonage with Ewald, Gisela, Hildegard, Karl Friedrich, Waltraut Gerhard, and Hugo 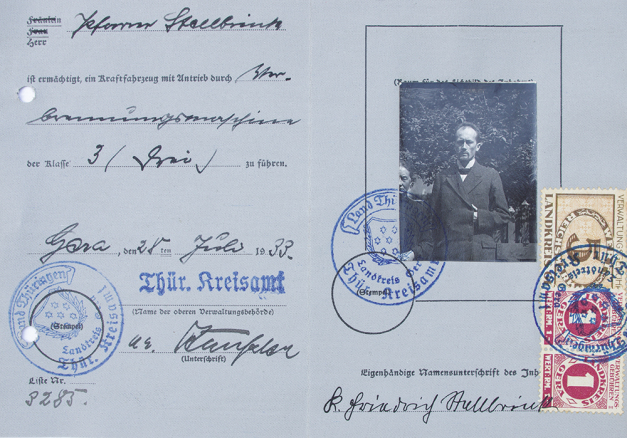 In Thuringia, pastor Stellbrink got his driving licence in 1933. 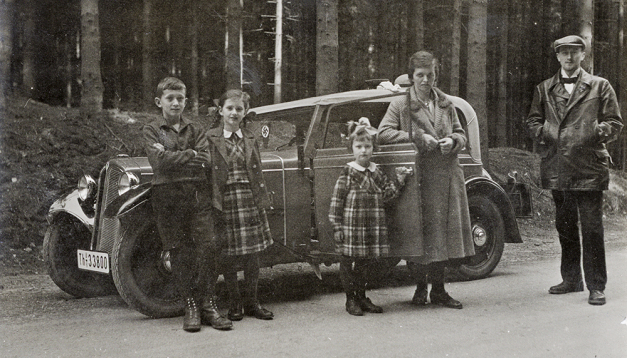 After Stellbrink had acquired his driving licence in Thuringia, a car was purchased and decorated with a swastika emblem on the windscreen.